I have never really been too interested in genealogy. I especially was not interested in all the work that was required with such a hobby; finding the connections between generations more than a century old and can take countless hours to research. Often those hours lead to a complete dead end. I think people who enjoy this work, may view it as a game of strategy. Such family historians may only find proof for one right connection out of hundreds of searches; But in that one right find, well, that victory can last for months and will motivate them to continue on their quest.

Luckily there are such people in my family line that love do this type of detailed research. It is from that research that I have based my next set of travels. I have landed in southwest England to follow the path of my sixteenth great-grandmother, Kathleen Chaucer and her family.

Most people, rich or poor made pilgrimage to Canterbury during the time of Kathleen Chaucer and it is likely that several members of my family line traveled to Canterbury. It is recorded that her brother, Geoffrey Chaucer, did travel here during his work for the state and for the funeral of Prince Edward, The Black Prince. However, he is most famous for his writing of the Canterbury Tales.

Geoffrey Chaucer was someone who revolutionized writing of his day. He was the first author to introduce fictional characters and the first to write in plain English during a time when most works were penned in more courtly languages, such as French. The Tales were about the pilgrimage to Canterbury and a fictional contest of stories told along the way.

While I was there I learned that if the religious or those in need of “healing” wanted to set out on a pilgrimage and “did not have the money to go to Jerusalem then they went to Rome. If they did not have the money to go to Rome, then they went to Canterbury.” Why did they go to Canterbury? Well, in 597, the Pope sent a man, St. Augustine, to Canterbury to “christianize” the island; Since that time the seat of the religious leader in England has been in Canterbury. The bishop held a lot of power in Canterbury and that did not always sit well with the royal leader in charge.

In 1170, the bishop of Canterbury was murdered in the cathedral by the soldiers of the King who thought this would please their royal leader. Almost immediately after the murder, pilgrims made the long journey to the place of martyrdom of Thomas Beckett. During eight hundred years of pilgrimages monks, who watched the tomb, witnessed and documented over five hundred miracles. Then King Henry VIII could not get a divorce from the Pope in Rome and he single-handedly got rid of everything Roman Catholic; including Saint Thomas Becket who he apparently had burned and his ashes scattered in the wind. This is also how the Anglican Church of England was born.

The Arch Bishop of the worldwide Anglican Church is seated at the Cathedral in Canterbury. There is a candle that sits on the tile floor were the tomb of Thomas Becket was located. The only other reminder of what had been here is a large rectangle rift in the marble floor created by thousands of visitors walking around the tomb.

As an Episcopalian, which is part of the worldwide Anglican Church, I was surprised how connected I felt to the Cathedral upon hearing the history of the church and attending two services while I was here. I particularly loved listening to the boys choir at Evensong one night. I have never seen so many eight to twelve year old boys ever act so proper or sound more angelic.

The pews at the Sunday service were full for the Pentecost. The newly elected city council were in attendance, as they are every year at this time, and sat in the front rows dressed in flowing robes, hats, white gloves. Two men in the front row wore traditional white wigs. Yes, tradition is alive and well in Canterbury.

I went on several tours to learn about the history here. I loved the Canterbury Tales “tour” performed by local university drama students. I walked with one guide in the city that reviewed everything from the changing architecture over the centuries to stories of historical figures as we walked through the streets. The night ghost tour walked some of the same paths as the city guide but the stories changed; rather than the traditional history of architecture and local citizens, we learn of those who died and still lerk around the living.

My favorite part of Canterbury was taking in the environment of the place. It is called a city because of the Cathedral but the population is that of a small town. Once one wanders outside this walled medieval city there are green fields, streams and meadows. Ivy and wisteria climb the flint rock walls and up two story homes. Instead of a coffee shop on every corner, there is a pub and once inside there holds a welcoming smile. It is a place were no one is a stranger for very long.

I was going to stay in Canterbury for a few days day and I made myself leave after a week. The pace of life was so easy, the people so friendly and the surroundings so stunning I really thought I could return to live here. If you are looking for a slower place of life then look no further than Canterbury. 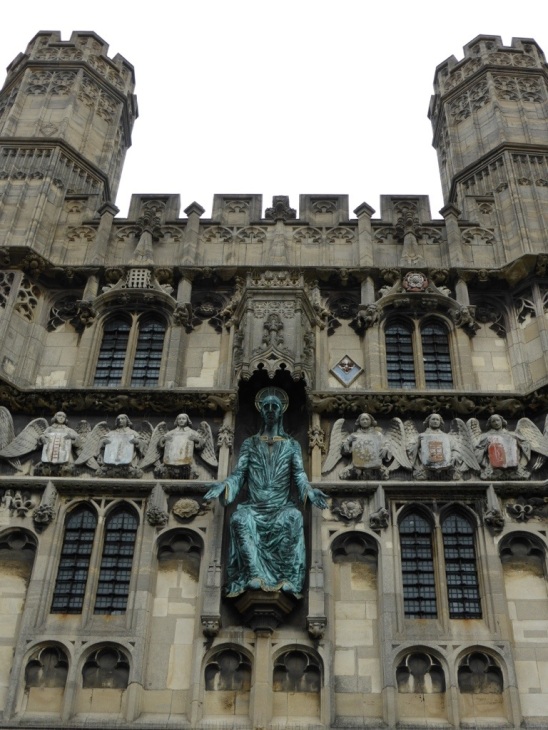 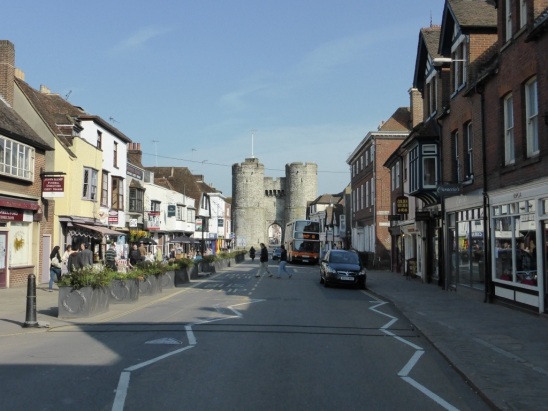 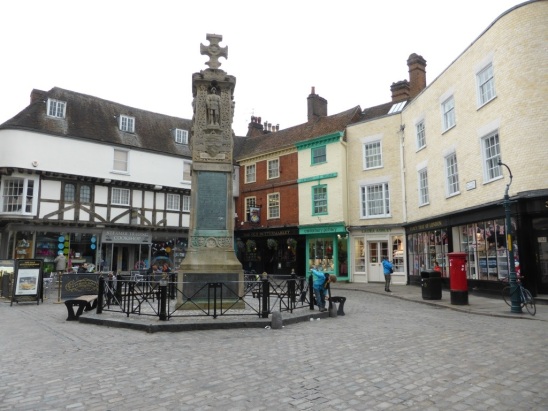 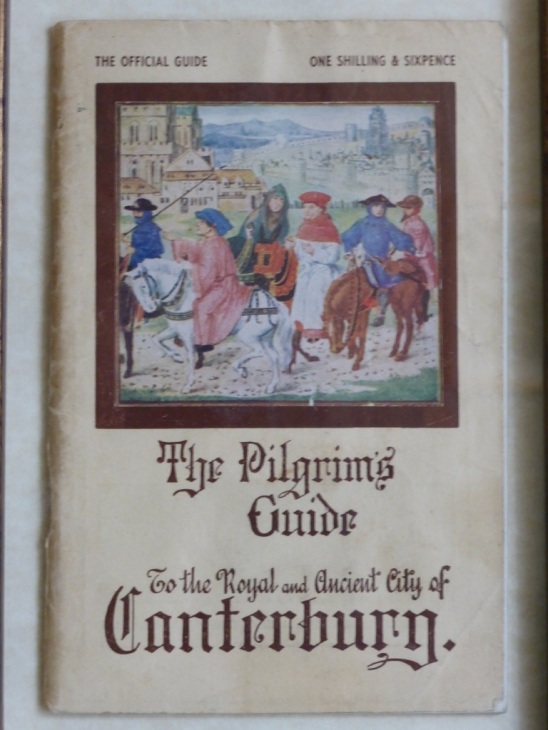 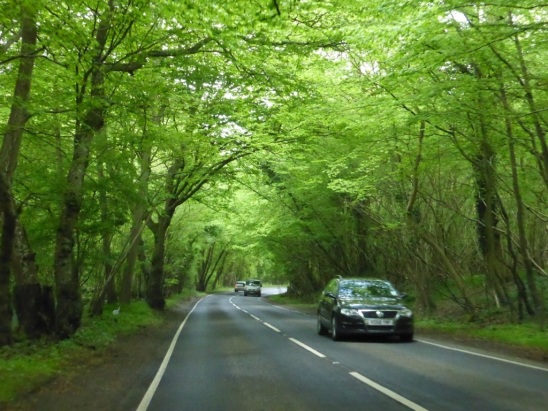 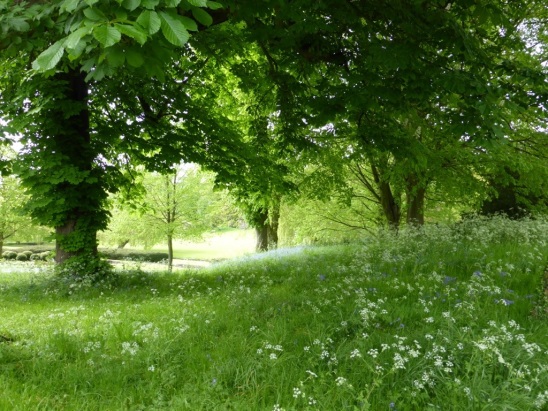 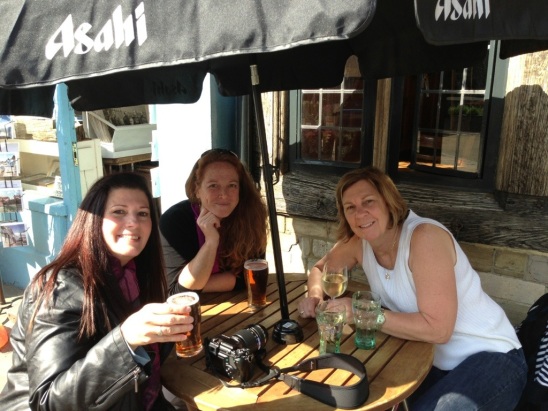