Something for Everyone in Livingstone

I find it difficult to leave this little piece of paradise. One can truly lose track of time in a place with sun, a pool and amazing travelers to visit and share experiences. Did I mention I am staying here for ten dollars a night and the bar has glasses of South African wine at two dollars a glass? It seems hard to believe that I have been here for two weeks but I look at the calendar and the holidays are approaching so it is time to move on.

If you wish upper class digs then Livingstone can accommodate you at one of the premier hotels right on the Zambezi such as the Royal Livingstone. In my current accommodation, I have to share a television and had to watch more soccer and rugby than I will ever watch in the rest of my lifetime; But hey, traveling is experiencing another culture and I have done that here. I have also enjoyed visiting with other travelers and learning from their experiences. Another nice thing about this spot is that people staying here do not have a set tour schedule and we learn and change our route by the people we meet.

Livingstone has the low key canoeing on the Zambezi to high adrenaline sports such as river rafting, zip lines and bungee jumping. You can walk with the rhinos or the lions cubs or you can ride on top of an elephant. You can join sunset cruise or choose a microlight or helicopter ride over the falls.

If you are reading my blogs you already know that early on I choose dipping in Devil’s Pool and feeling the water fall from the edge. You also know I dressed up and attended high tea at the Royal Livingstone. From my last blog you know another highlight was going safari in Chobe National Park in Botswana.

For my high adeline activity, I choose to go white water rafting on the Zambezi. Looking back I think I should have researched that one a bit more as it is common to have that “drowning feeling” at least once during the trip. One day when I was at the pool two girls were joking with a friend and wanted to recreate that “Zambezi Experience”. One girl grabbed his legs at the knees and moved them up and down. The other continually pushed his head under water. After a few minutes they had had enough and they allowed their friend George to resurface. He said, “Wow. That pretty much felt exactly like the Zambezi.” I said to him, “You felt like you were going to drown too?” He responded, “Yes, I was not sure I was going to make it.”

For me, I had fell out of the raft three times on rapid five, six and seven. On the first rapid I was pulled in by the girl behind me searching for something to hold on to as she was falling. I was surprised that I was to “keep my wits” about me, get my feet forward, stay in the middle of the river and keep my paddle up as I had learned in the states. Even though I never had to use that knowledge when river rafting back home. I thought, “Okay…that’s done. Everybody falls out once in a lifetime.”

The very next rapid I am bounced out again. This time I had chugged a bit of the Zambezi while I was out of the boat. I get back in and then comes rapid seven. This is the longest rapid in the chain. Here the entire boat flipped. Guide and all were in the water. As a former lifeguard I knew to swim to the light. When I reached near the top I was pulled down again. I swam up again to the light and I was pulled down a second time by the current. The third try I made it to the surface. This time I had no idea were my paddle was but didn’t care. I was still in the rapid and had a hard time moving through it. Needless to say I was not hungry at lunch as I was full from all the water I inhaled.

I admit that I was a bit shaken up from that ride without a raft or a paddle. I guess you could say I literally experienced being “up a stream without a paddle”….I was worried what was in store for the next eighteen rapids. It is not like I could just just climb out of the gorge. I hung in there and luckily did not fall out again. The next day I decided on a different activity, one more in line with my new philosophy that I was too old to put myself in such high adrenaline situations, so I went back to the Royal Livingstone for a facial and massage in a gazebo by the river. I decided to leave those “other activities” for the young ones.

While in Livingstone I also went on a sunset cruise and did a walking safari to see the rhinos. I really enjoyed having a chance to experience a walking safari in Livingstone. My guide told me several times that I must not run. “Rhinos have poor eyesight and can not see you. You must not run or move quickly. You are just a blur if you don’t make noise.” He continued, “If you get scared then grab on to my belt but do not run. You may only let go or do what you want if I am dead…If I am dead, then you can make up your own mind, but until then you have to listen to me. It is my job to bring you back the way I found you.” I told Charles okay and that he was in charge. I also told him that my mother would be grateful to him for bringing my back in one piece. He smiled and we had an understanding.

I really did not have a worry in the world when I was walking with Charles in the wild. In addition to my guide, I also had a military scout with a automatic riffle. After the Chobe experience, and having two people looking out for my safely, one with a gun, I was sure things would be fine. After the safari we drove back through Mosi-o-tunya State Park. Charles asked, “You did not seem scared to walk with the Rhinos?” I said that I was not after my last safari. Shortly thereafter we drove up to some elephants. The guide had the driver drive in a way that caused the male elephant to charge towards the back of the vehicle. He said, “How about now? Were you scared with the elephant?” I smiled back. “Yes.” He laughed. I knew we were far enough away that we were okay..so did he. “That’s okay. He got to do his duty.” Charles added. Then elephant walked off the road respected by his herd for protecting them from our vehicle.

I really enjoyed the activities I choose to participate in here. I must admit that my favorite days were sitting by the pool and talking with the people I met. Today, from the poolside I sheepishly state that I will leave tomorrow and will need the bill. “You are not leaving so I am not giving you the bill.” Stanly, one of the staff, tells me a second time and walks by again. Yes, some of the people I met here were starting to feel like family and it made leaving difficult. I know that the friendships I made here have forever change me. 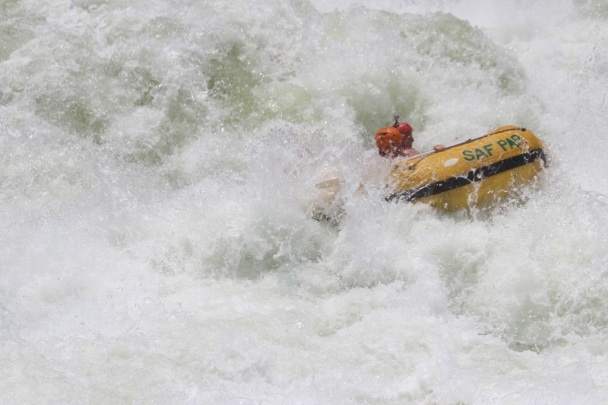 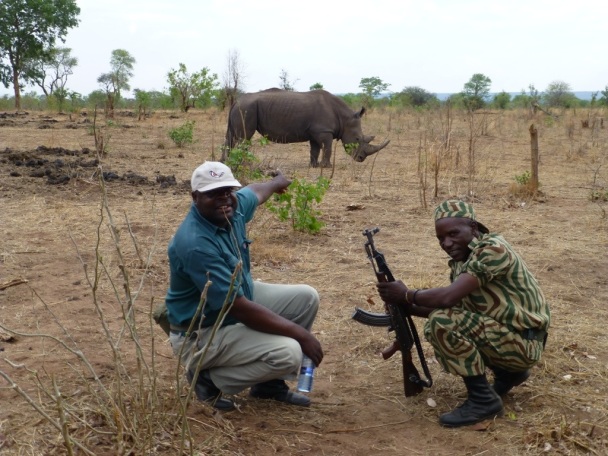 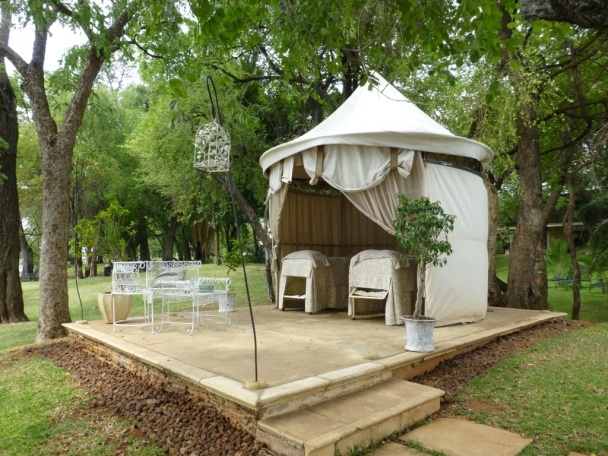 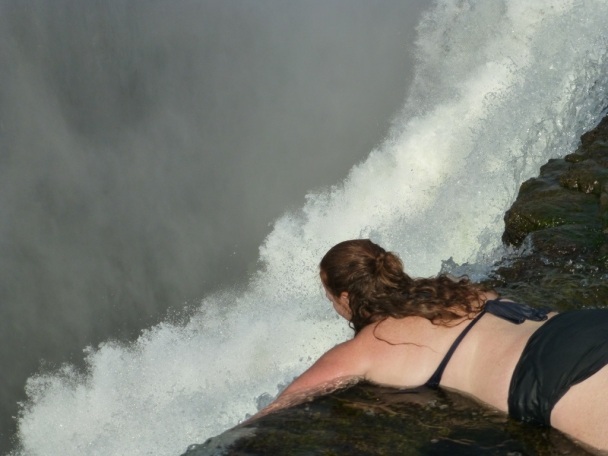