“Here you need to sign this.” Silvia hands me a piece of white paper and points to a bold line. “Print your name here. Sign here. Write the name of your next of kin here with their phone number.” “Do you want me to read this?” Sensing that she was in a bit of a hurry. “It just says we are held harmless if anything happens.” I start filling out the form. “Has anyone ever been injured here?” “Well, we have all had our bites. They are wild animals. Anything can happen.” A few second later she continues in a softer voice. “We do select the chimps that people are allowed visit. The chimps you will visit have not had a serious incident with a anyone.” I discover through the course of our conversation that any chimp that has bitten or attacked a human is no longer allowed to directly interact with a visitor.

“I think that this will fit you.” Silvia hands me blue coveralls and I began to put them on over my clothes. “Here put these in your pockets.” Silvia places an overflowing frisbee full of cookies on the desk in front of me. I fill my large pockets with all the snacks. “Be careful of Dominique. If he tries to swing on your arm, mind your hand.” “Okay.” I respond. “Now follow me and I will introduce you to your guide.

“Evon, this is Dominique he is going to take you on your walk.” “Are you the Dominique that I need to watch out for?” “No.” He smiles. “That’s the chimp. I will point him out to you.” Dominique was a four year old chimp who was playful but did not realize his own strength and, like some toddlers, he had a tendency to bite. This chimp was actually named after my guide. Dominique then tells me about the other five chimpanzees I would be walking with that day. Delores was a five year old chimp that liked to play with Dominique. We would also see Karla and her baby, Kitty, as well as Simms, an older male, and Cindy. Cindy was not able to have a baby so she acted as a surrogate parent to Dominique and Delores at times.

We move towards a cement wall and climb through a small door. Once in, an iron grate closes behind us. Then a small one door, or really a one-and-a-half by three foot window, opens. My guide slips through and turns. “Now you.” I step through and crouch down to pass by the small entry.

I may be taking one directive at a time but I soon realize that the chimps know this routine. Six chimpanzees, one after another, come through a nearby window, just like the one I had come through. Immediately they take turns reaching in my pockets. I try to assist them. “Just let them grab for the cookies themselves.” Dominique tells me. Some of the cookies spill on the ground as we walk.

The six chimps get to roam in one of their favorite enclosures today. “This encloser is used for the tourists on bush walks. When they come in this area they know they will get treats.” “Was it hard to get the chimps to come this morning?” “Yes.” “It was?” I was surprised. “Yes. It is difficult because all the chimps want to come and they can not. They know only these chimps get cookies and they want to come too. That makes it difficult”

Dominique explains how each of the six chimps arrived to the orphanage as we walked. He also spoke about the history of the orphanage and the other one-hundred and eighteen chimps cared for by the foundation. “Silvia’s mother, Sheila, started the orphanage in the early eighties. Did you meet her?” “Yes, I was introduced to her this morning.” “The first chimp was brought to Sheila by her son-in-law who was a park ranger. That chimp was close to death and he asked her to help. Then came another and another. She did not set out to create this place…it just happened.”
We arrived to their favorite tree which had drooping branches and vines they could easily use to swing. The chimps walked around the tree and reached in my pockets for the last bits of remaining cookies.

We walked around the fourteen acre enclosure and when the chimps realized I had run out of cookies they started retracing our steps to find broken pieces dropped on the ground. They played, ate leaves, groomed each other and sat on trees staring out across their domain. Each time Karla went a bit too high or far out on a limb the baby would whine just a bit. The mother looked to ensure her baby was okay but made him climb to her. “He is still learning. All the time she is watching and teaching.”

Our visit would last two hours before it was time to leave our six new friends. Next we would visit the three large enclosures of the remaining chimpanzees during their afternoon feeding time. Each time we walked toward a several acre enclosure the chimps looked like they were happy. One sits away from everyone else, far up in a tree. Another walking with is baby under the brush. Some recognize the lead guide with me and start to gather near the fence. Each time the call for lunch went out at each of the enclosures the pleasant animals started hyping up like they were in a zoo.

Some chimps got so excited they start a bit of a brawl. The staff open doors an the chimps go to their proper feeding destinations. There is a bit of a scuff if a chimp tries to go into another chimps usually claimed area. The chimp wanting to “change things up a little” loses every time and goes back where he or she should be eating. The food comes and even though the staff does a great job of passing the fruits and vegetables out evenly, some chimps “just go a little” berserk. At some point, there always seems to be another brawl over portions. Each time all the chimps begin to screech and “egg on” the instigator.

There are a few of the chimps that stay far away from the action. These chimps almost seem more civilized….And they know it. Of these chimpanzees, one was named MIlia and she was my favorite. Milia was a forty year old chimp, the oldest at the orphanage. She came from Cameroon and was initially rescued by Jane Goodall. She lived at her conservatory in Tanzania for five years and had attempted to put Milia back in the wild; But it did not work. “MIlia had been part of an entertainment show and knew how to drink alcohol and smoke a cigarette. If you give her a shirt or a skirt or a sweater she will dress herself. Since she could not go back to the wild successfully, Jane Goodall brought her here. See that blanket?” “Yes.” “Someone gave that to her and she keeps it clean. She does not let anything happen to it.” Milia looked at me through the cage and seemed happy but it looked like she was tired of the morons sitting next to her.

Many of the chimpanzees had been former pets and at some point they could not stay with their human families. Cindy, one of the chimps on my walk earlier that morning, could even flip the television channels when she arrived here. Zambia no longer allows people to keep chimpanzees as pets so families had to find other homes for them. “Many of them would have a difficult time going back into the wild after how they had been raised in homes or for entertainment.” My guide adds, “Unfortunately we are completely full now and can not take anymore at this time.”

While I was there I also learned that many babies had been born in the orphanage. However, female chimpanzees are now placed on birth control and they are no longer allowed to have babies in captivity. “See that chimp? He was one of the last born here. His name is Gonzaga.” “We have a university named Gonzaga where I live.” “Well, he is actually named for the students from the University of Gonzaga from your state. He was born when a group of students from Gonzaga were here, so we name him after the college.” We usually get two groups of students from the University of Gonzaga every year.

In the evenings, I was able to visit with the current volunteers just finishing a two week stay at Chimfunshi. I enjoyed hearing their stories about their life and what brought them to Africa. The four volunteers had all learned about this opportunity through Impact Africa. Impact Africa was one of many organizations that connect people with volunteer actives in Africa. It was clear that this had been a wonderful experience for all of them.

The highlight of the trip was defiantly walking two hours with the six chimps but visiting with the other travelers was another highlight of time spent. I even received an invitation to visit one on my travels. We will have to see what works out. 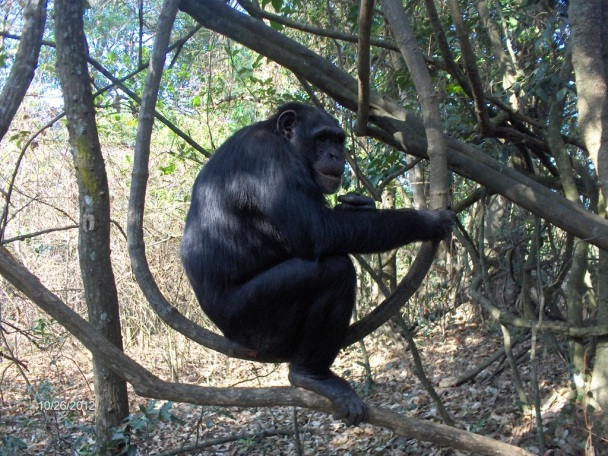 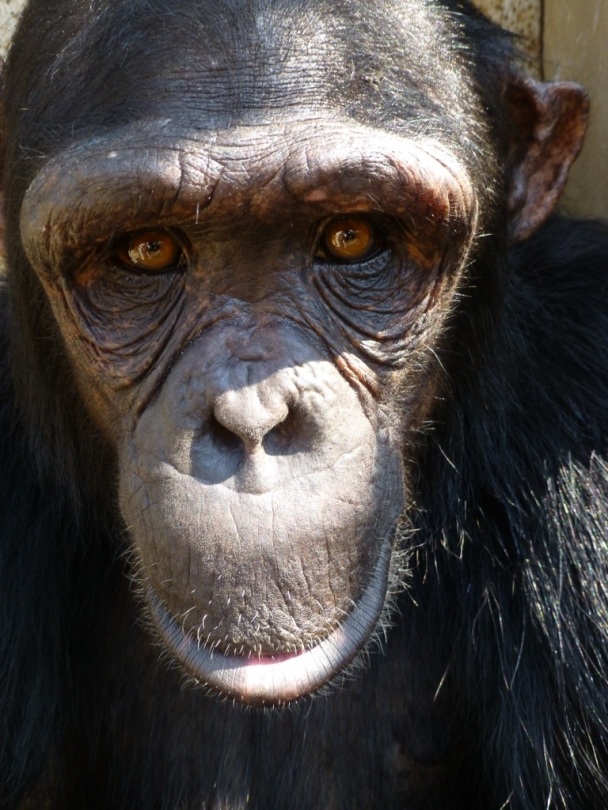 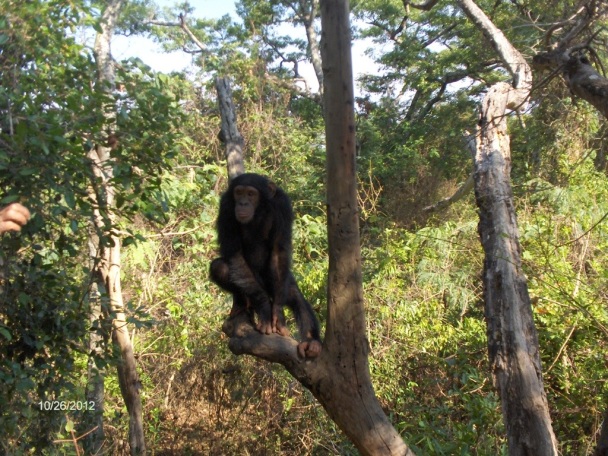 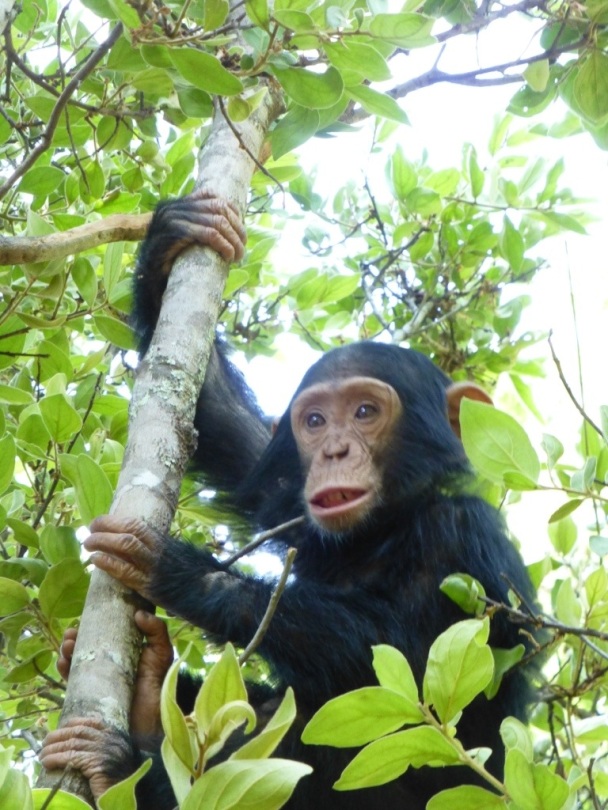 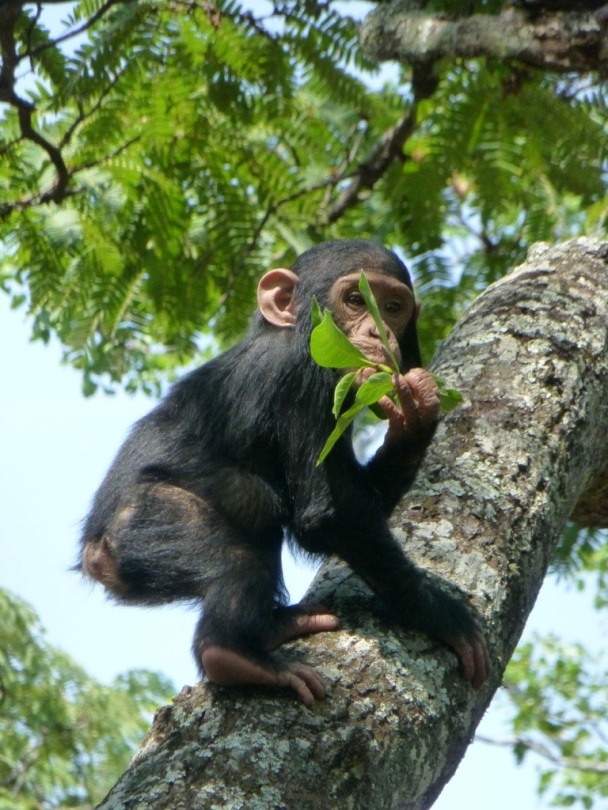 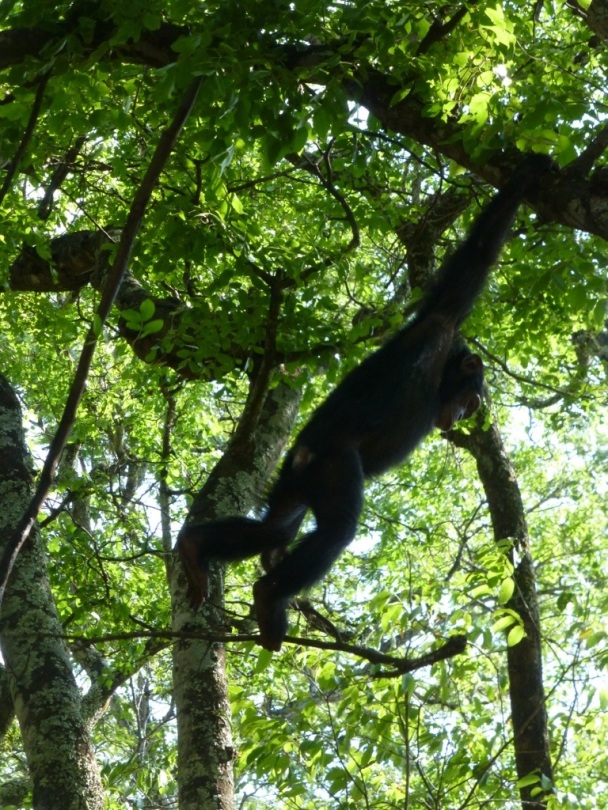 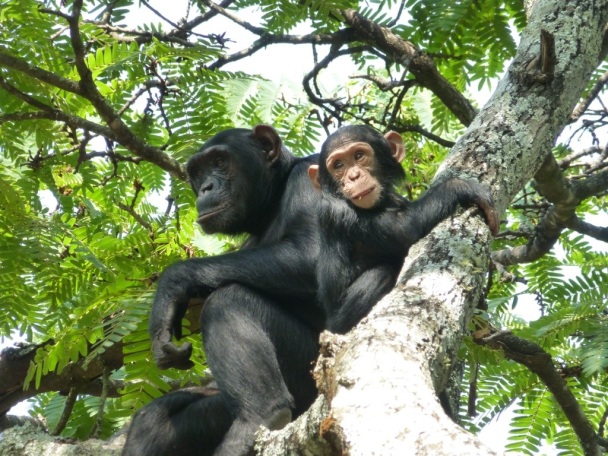 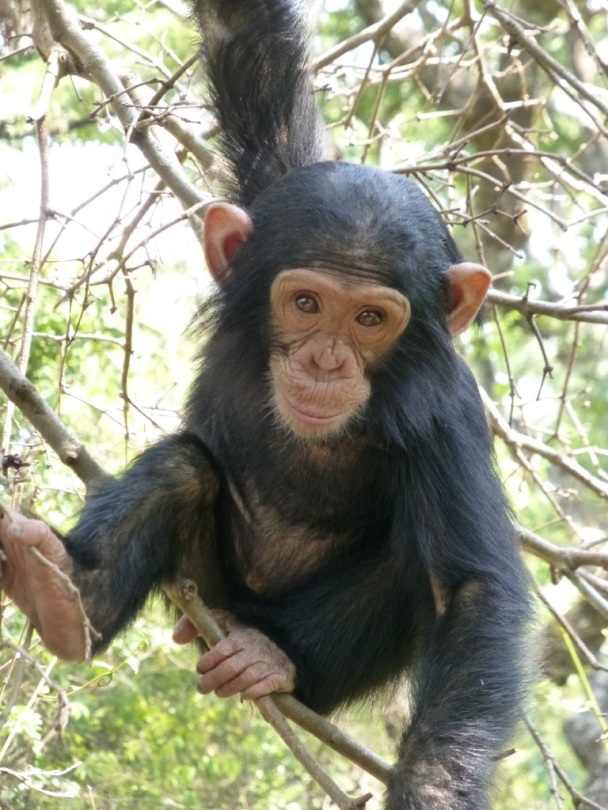 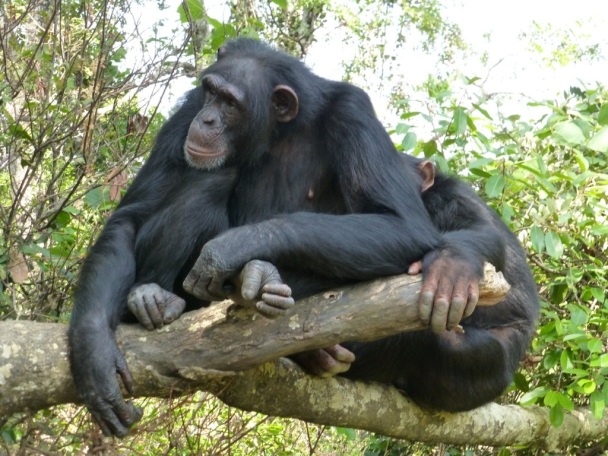 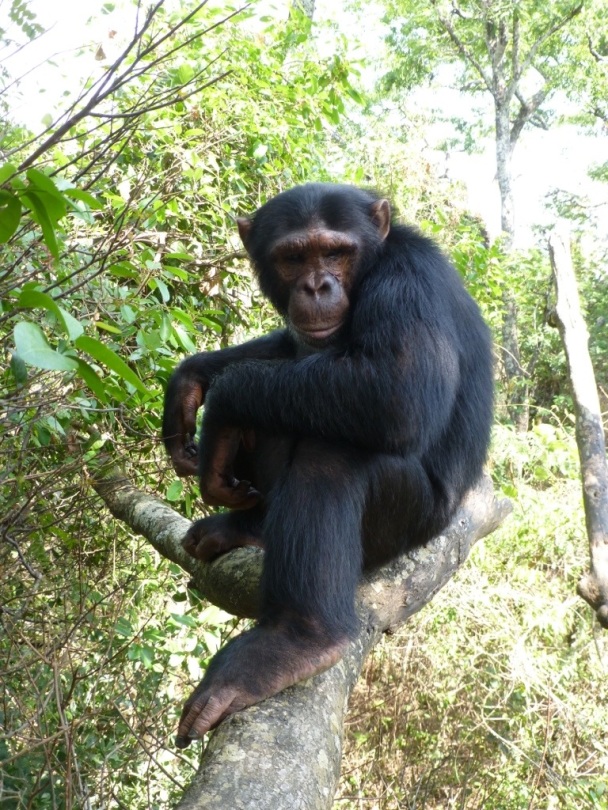 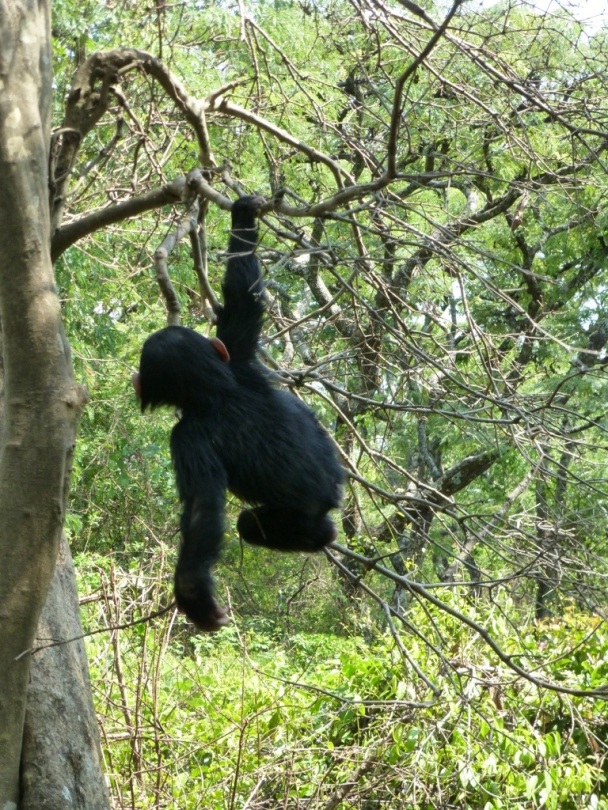 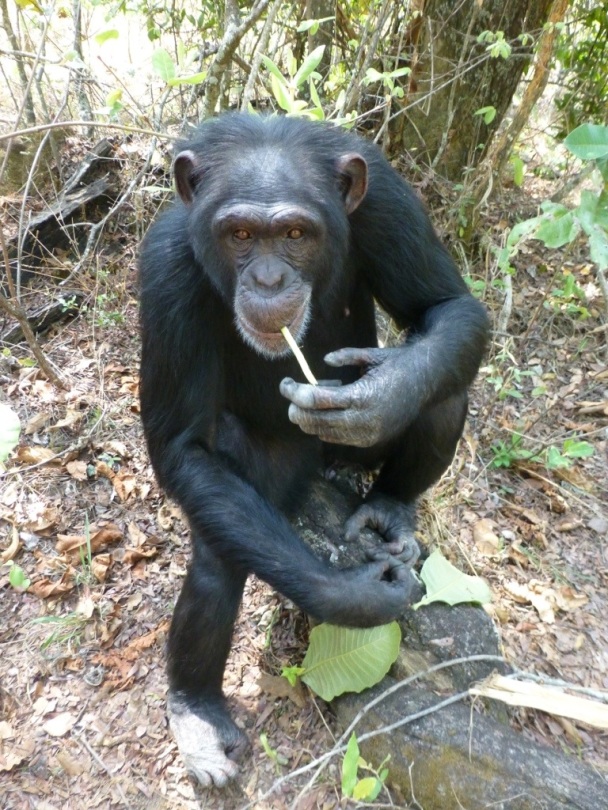 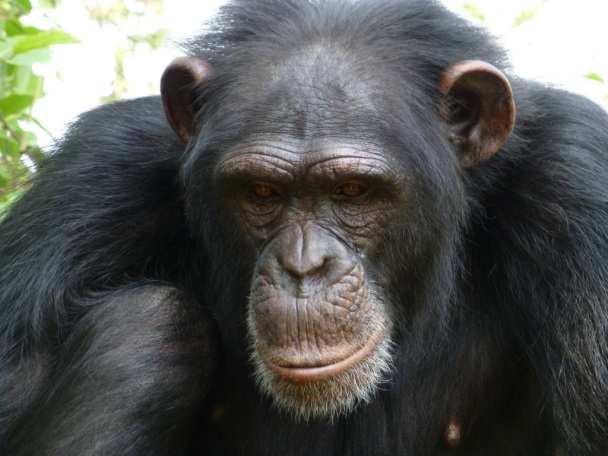 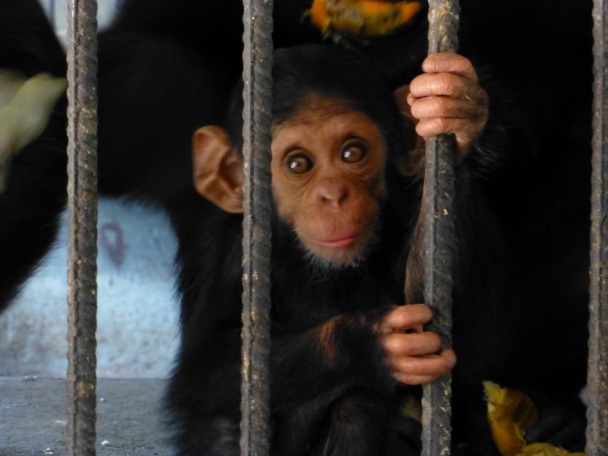 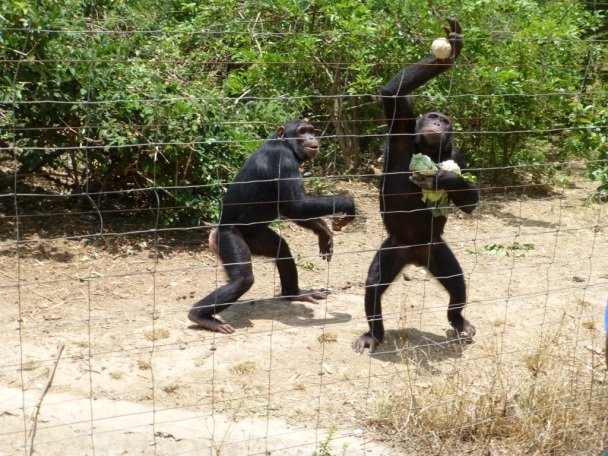 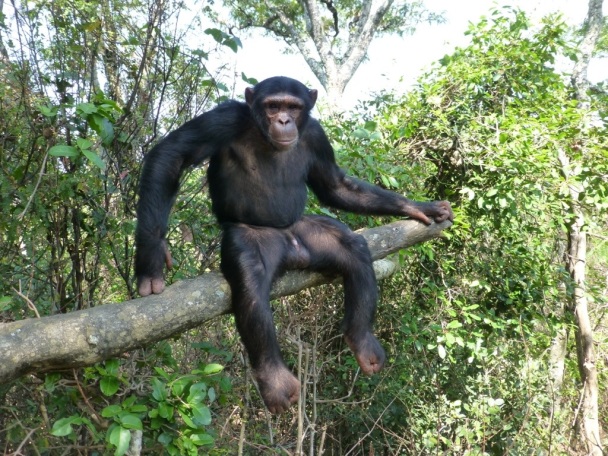 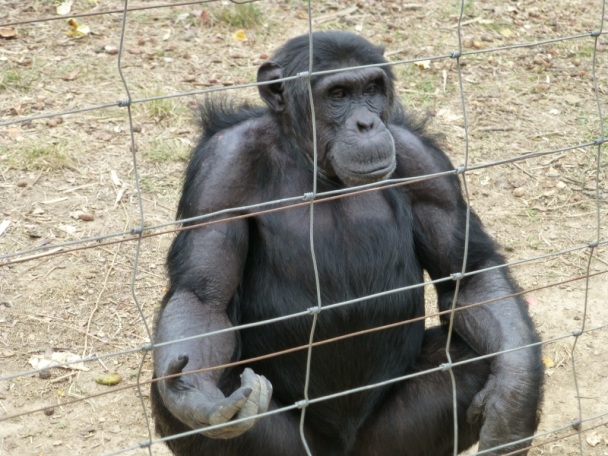 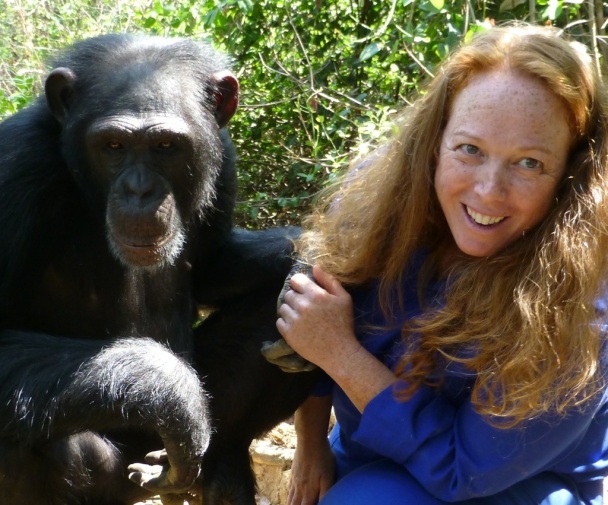