Lisbon and Other Thoughts

In 1755 Lisbon was all but destroyed by an earthquake, fire and Tsunami. We were able to see glimpses of the old city but our tour of Lisbon became more of a history lesson. To better understand the city we hired a guide who walked us through her city and revealed its secrets. This was a very good choice because points of interest in Lisbon are not clearly posted, therefore on our first attempt we found things, but we were not exactly sure of what we were actually seeing. Claudia walked us through the neighborhoods of her city using public transportation which made the city of seven hills seem like a walk in the park.

The first square had a fountain that was a replica of the fountain in Place de la Concord (Place of Peace). This was an important square of remembrance as it was here that many people had lost their lives during the Inquisition. It was also here that a demonstration was held the last Saturday and another demonstration would be held here this Saturday. It was here in the first square that Claudia raised the economic concerns which is at the forefront of people’s minds today. The day before our tour the president of Portugal has intervened on the Prime Minster’s plan to raise the taxes from 11 to 18 percent. That was not acceptable to the president so the leadership was meeting to try to find another way to solve its economic crisis. Our guide was very concerned for what the solutions would become to resolve the high unemployment and cost of living in Portugal. The unemployment in Portugal was at 14 percent. Much lower that the 25 percent unemployment rate of Spain and 50 percent unemployment rate among the youth in Spain. However, it was clear that the answers to prevent the same type of situation was not apparent. People were leaving the country to find work and the ones that were still employed were taking on more and more of the expenses of the country.

Another main square we came to was where the Carnation Revolution occurred outside of the former dictator’s residence. It was here, in 1974, that the people with the military staged a peaceful revolution and not a bullet was shot which changed the government in Portugal. This was the end of the longest held dictatorship among the European countries. Since that time the dictator’s house has become a military building. The military had been in long campaigns to keep their “holdings” such as the country of Angola. When Portugal won its independence during the Carnation Revolution the other countries under Portugal’s control also won their freedom. Portugal has a president, Prime minister and representatives who have different roles in government. The government in Portugal has three main partries: the social democrats, the socialists and the communist parties.

We walked through an old monastery which is now a pub and considered the tile paintings used on the outside of buildings in Portugal. We walked through the a very touristic section of town that houses many shops and banks on the first floor but whose other floors are primarily vacant on the other floors. In this area people can not afford to live there so the apartments remain vacant. I also enjoyed the walking through the castle of St. Jorge even though most of the castle was torn down and rebuilt by the former dictator Salazar .

Our guide definitely challenged us to think and was very open about our questions. For me it was difficult to write about our last stop in Europe on this part of our journey. When we were in Lisbon the new cuts in the French budget were announced and the demonstrations in Spain and the meetings with officials from the EU Bank and opinions on Germany’s next steps were highlighted in the news. At this point it does not look like there are the solutions to stop the fall in this economic situation. Many europeans are open and talking about the economic problems, even our taxi driver. As I travel through Europe, I am at an understanding that I do not believe things are solved in Europe and since we are living in such a global financial network I wonder how this situation will continue to affect our country. Economics and politics were never topic that I expected to appear in a travel blog but upon leaving Europe and understanding their crisis better I wonder, how can I not? 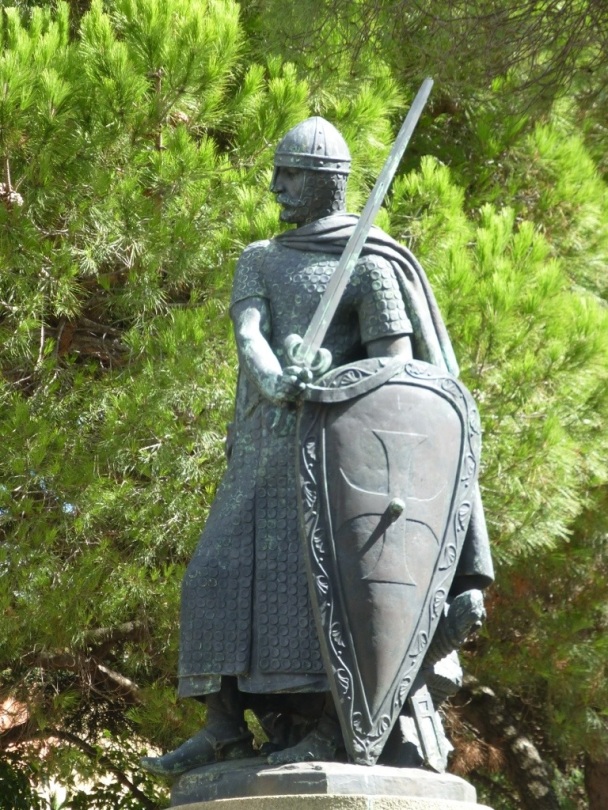 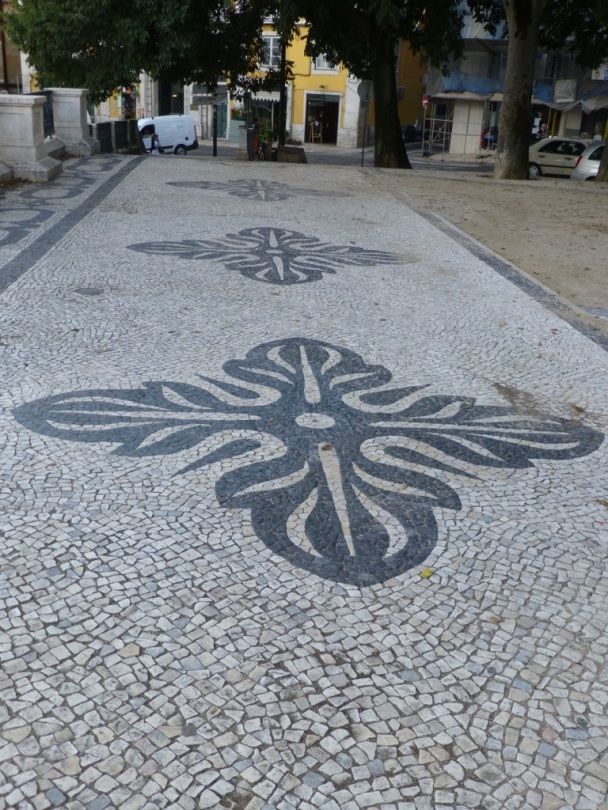 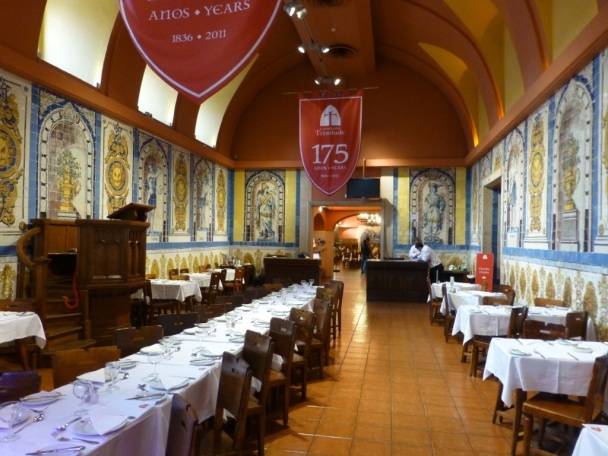 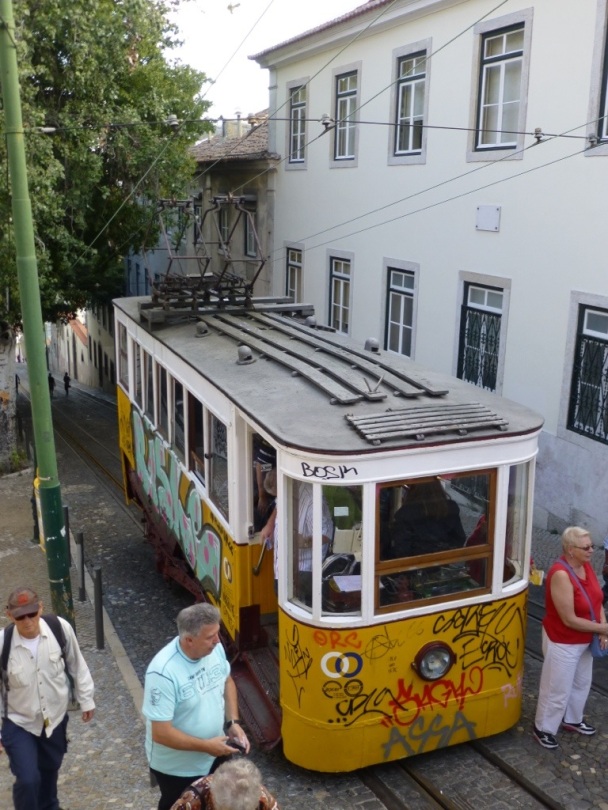 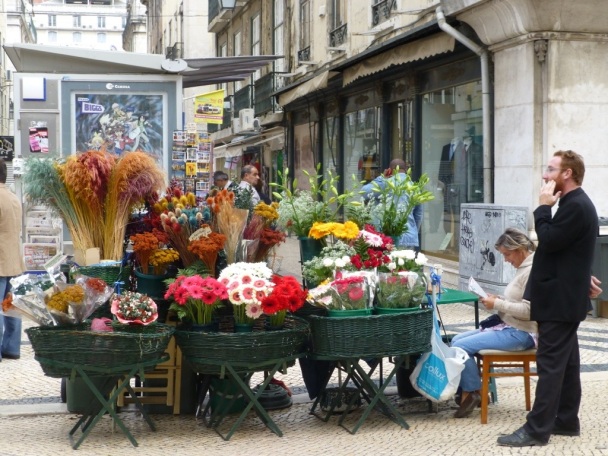 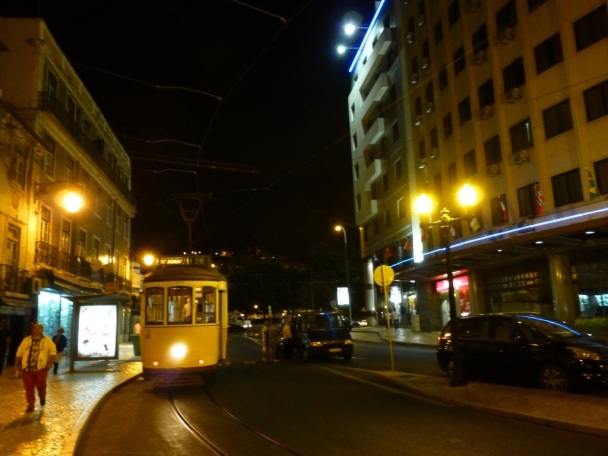