The Monastery of Montserrat

I am up early today waiting to greet the sunrise from my bedroom window. There is complete quiet between the tolls of the bells which mark the passing of time. One ring at quarter after, two at the half hour, three at quarter till and four on the hour followed by the bells which ring the same number of times as the hour. I did not even notice the bells until I opened my window this morning. I am so excited for this day so I have been up since four-thirty.

Most tourists are shuttled up and down the mountain in a one day tour, which is a shame. The basilica opens at 7:30 and I plan to be the first in to see the statue of Mary and Jesus that was said to be carved by Saint Luke and brought to Spain by Saint Peter. Yesterday I watched tourists wait two hours or more in line to see the statue found in the cave near here. This morning the few that stay on the mountain will have until about 10 o’clock before the first tourists are shuttled up the mountain. This is our time to see Montserrat the way it should be viewed in its peacefulness and natural inspiring beauty.

Yesterday we arrived by cable car up this jagged mountain that seems to go straight up in the sky. The rocks of Montserrat are named for the jagged edges which seems to be serrated or cut. Evergreen oak trees completely cover large areas of the rock. In some places it does not seem as if there is a break in the green. I would discover later that the trees form such a canopy that the bushes grow larger than normal up here as they are safely hidden from the sun. Clover, ivy and thyme cover the ground between the bushes; cyprus trees spike up through it all.

This site has a long and checkered history well worth discovering. The first monks arrived in the tenth century and began building structures in the eleventh century. I can’t help but think throughout my visit, “How did they get all this stuff up here.”

Yesterday we spent over an hour in the basilica. It is one of the most ornate and well cared for religious sites I have ever seen. The frescos on the ceilings are breathtaking. The stained glass, sculptures and cravings were also of amazing quality. This is a large basilica but not a massive building. What is amazing with this structure is the detail in every inch of this building. Nothing was left without decoration of meaning, especially in the most holy areas.

We also went into the museum of the monastery. This two floor museum is jammed packed of the best of everything. No kidding, I could not believe it…. Most of the artifacts were donated or collected on the travels by one of the monks. The first room had renaissance artwork. Next room had Renoir, Monet, Picasso and Caravaggio. There was a large collection of greek orthodox religious paintings and also highlighted some interesting artists from Spain. For the frosting on the cake, there were some topnotch artifacts from a variety of time periods and countries including, Mesopotamia, Israel, Palestine and Egypt. This small two floor museum packed in a punch and we left with that “Wow” feeling.

There are several hikes including an outdoor “Way of the Cross” depicting the stations of the cross that remember the events during passion week on the Christian calendar or from Palm Sunday to Easter. Other hikes and viewpoints are accessed by funiculars which take a traveler further up or down the mountain. Unknowingly I discovered later that I chose the steepest two hikes on the mountain. On the first trail I was the only person on the way up or down the pathway. Every turn was like walking through a secret garden witnessing the vegetation below and wondering what view of the mountain or monastery I would see next. By the time I reached the fifth switchback I knew the type of hike I was in for; however, the view revealed more secrets of the mountain, almost tempting me, I couldn’t turn back. Later, when I reached the small Chapel of St. Michael’s I would learn that I could have ridden the funicular up to the top of the mountain and walked down to where I was standing…..But I am sure it would not have held the same sense of peace and accomplishment that I felt once I caught my breath.

Walking down the mountain I realized there seemed to be two types of people that make their way to Montserrat; the devout who will wait two hours to see the statue of Mary and Jesus and the hiker, here to discover nature. Either way both are sure to find some peace and discover a higher power. 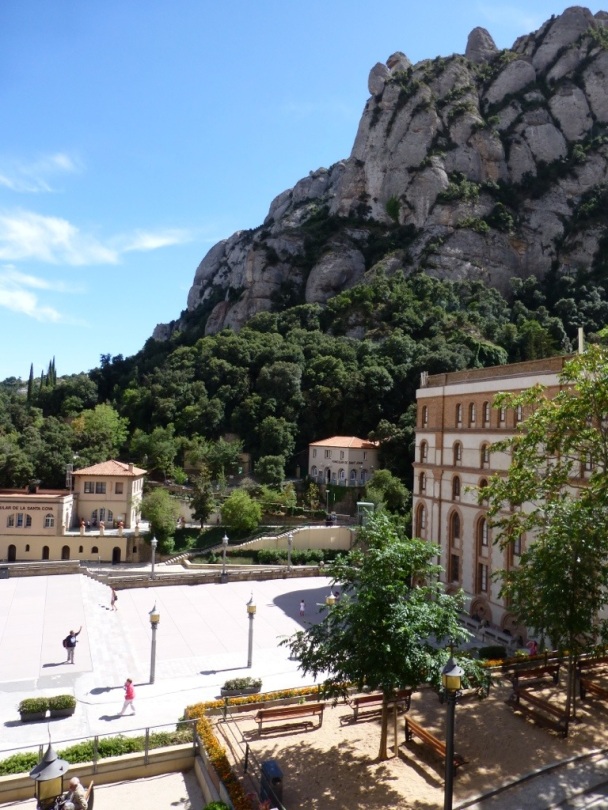 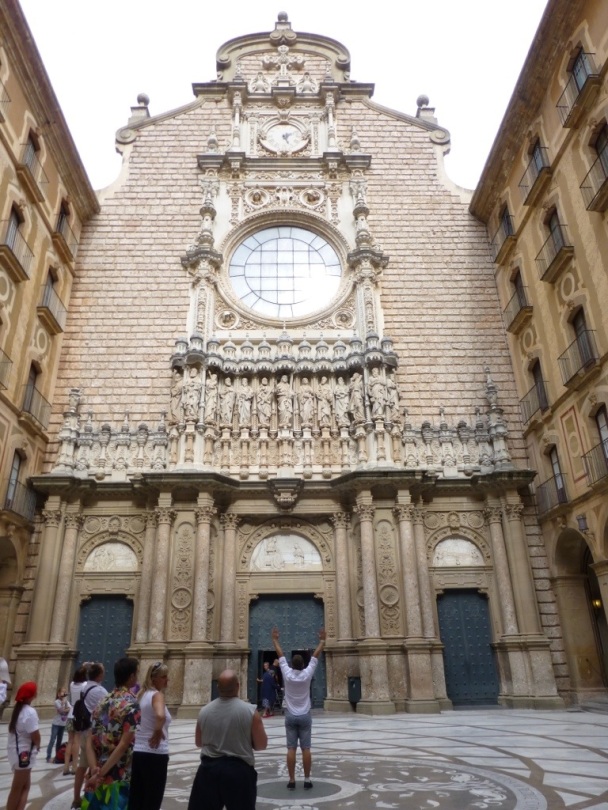 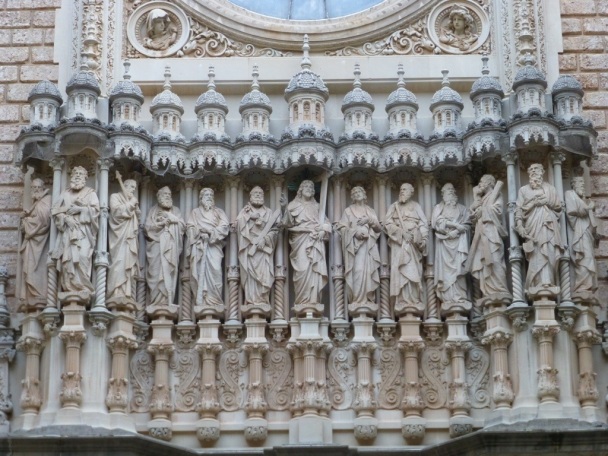 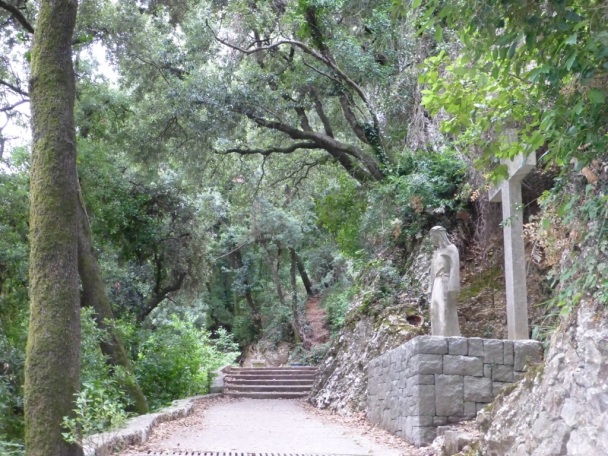 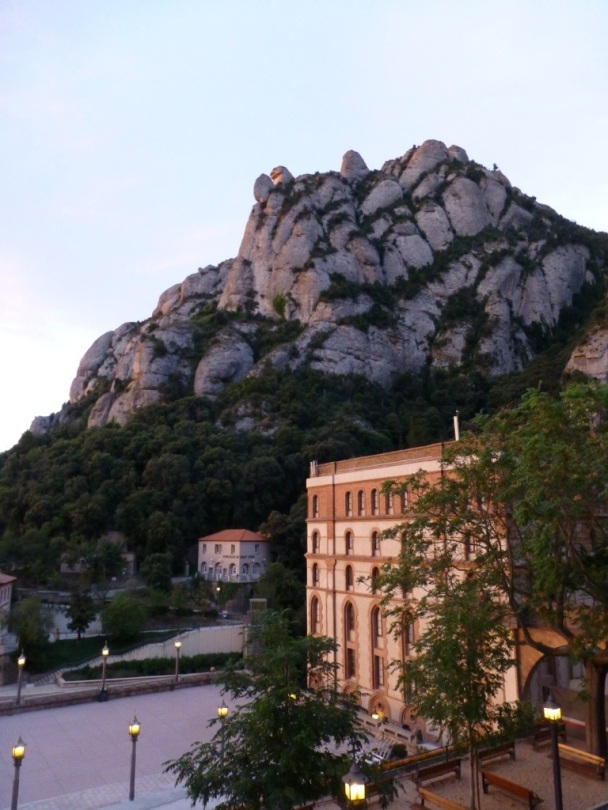 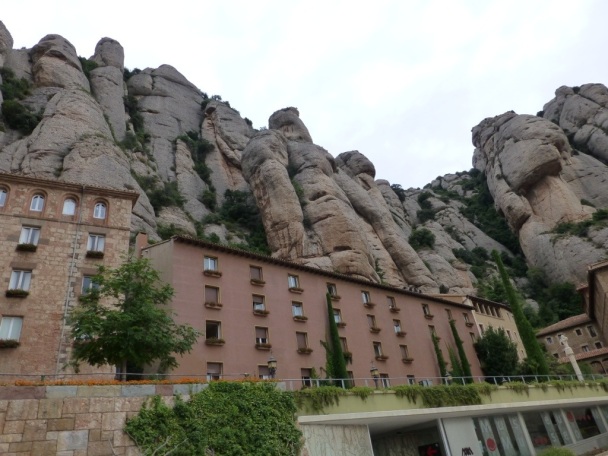