We are in Toledo to see the art of El Greco and one of the best cathedrals in Europe. As we walk to our destination point we are quickly sidetracked by cello music in the air. We turn right to find ourselves treated to a concert for two. My mother asks, “Will you see if he can play, Out of Africa?”. I translate and the young man smiles and promptly changing his expression and puts the bow on the cords. We were transformed by this place as we walked the pebble paved streets. Most streets were not much more in width than my arms stretched out.

On the way we were also drawn in to an exhibition of Leonardo Da Vinci. This was one of our favorite finds while in Toledo. We all know Da Vinci the painter and his interest in anatomy but I had no idea of his interest and skill in engineering, design, science and mathematics that would transform the future in so many areas. In the nineteenth century, a German cataloged all the inventions made to that point. I was surprised to learn that all but one had been invented or improved by Da Vinci – from ball bearings, anemometer and rotary joints to an underwater breathing machine, parachute and helicopter to an army tank, crane and motor vehicle. Da Vinci had designs on display of them all. He even had drawing of a transmission differential system which allowed wheels to rotate at different velocities on a curve. Interestingly, our early twentieth century vehicles did not utilize this technology yet. I couldn’t help but thinking what a wonderful project this would be for a group of students. It did not matter what your interest was: art, mathematics, science, history, machinery, music, arm forces, the air or the water, there would be something to peek any students interest when thoughtfully studying the work of this individual.

The beginning of the reconquering of Spain by the Christian Catholics
over the Moors was done from the center of the enemy territory. Toledo was the Vatican of Spain. It had been and still is the religious capital. The entire church was overwhelming by the immense size of the main church but also the side chapels. The cathedral was completed in 1495, it took 250 years to build, and every religious leader and monarch added their own permanent mark during that time. Your eye will surely be drawn to the ornate gold work throughout the site including the gold leaf work painted on the ceiling. Some of the religious vestments on display were from the fourteenth century. The fine embroidery and beads on the heavy cloaks was as intricate as a medieval tapestry. The walls in chapter room, where the current cardinal presides, was lined with wood carved seats and above the chairs were paintings of every cardinal who presided over the cathedral since 1515. One realizes pretty quickly where the gold of the new world ended up when visiting this cathedral and this city in general.

If you want to see the work from El Greco this is the place to do it. El Greco lived the last half his life in Toledo and his artwork is throughout the city. His paintings often focused on the connection of earth and heaven and have an unmistakable movement in his figures caught in a moment. He often used a red, blue, yellow or green color to highlight what he wants you to focus on in the work. 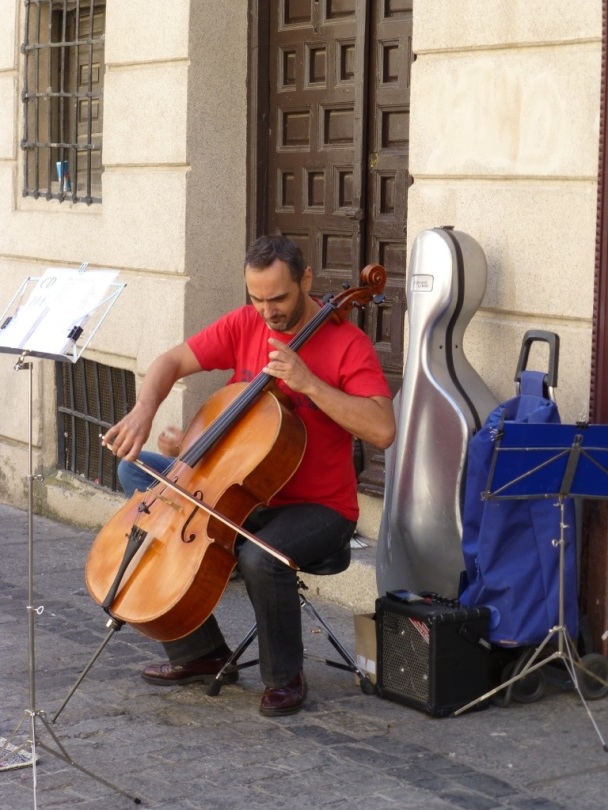 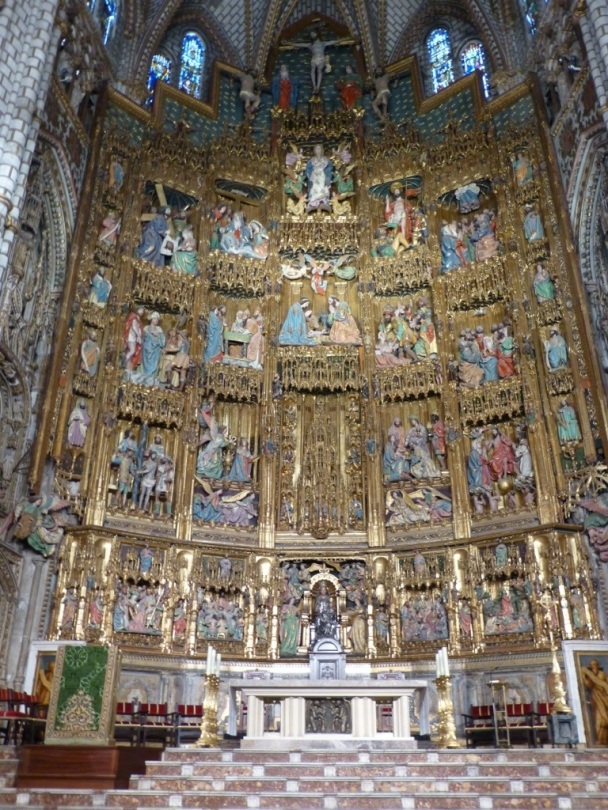 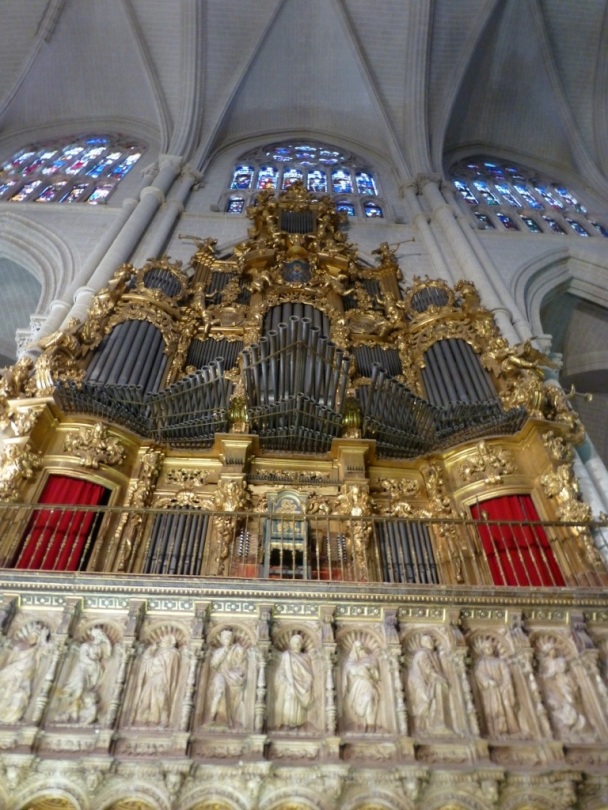 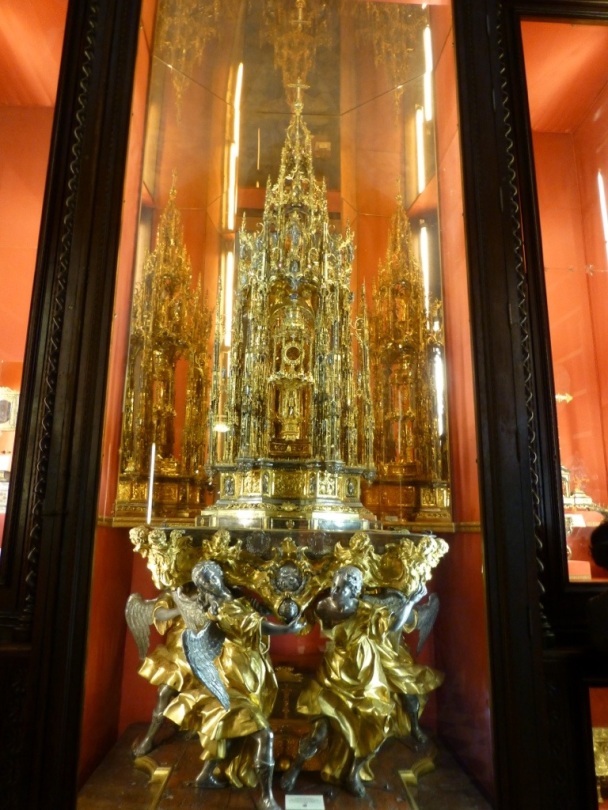 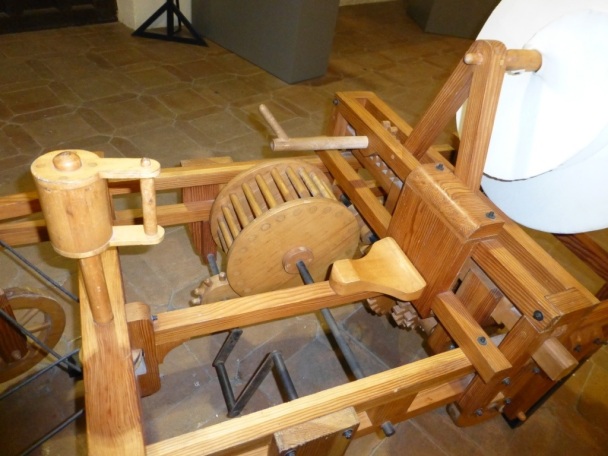 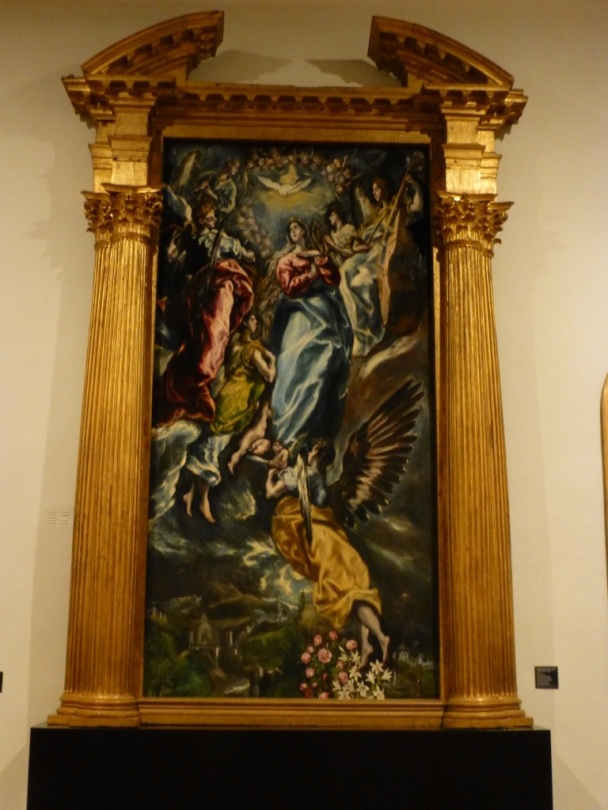